As a new travel blogger, it is nice to see others in the industry achieve success. Gary Arndt from Everything Everywhere is the perfect example of a travel blogger who's withstood the test of time. After 11 years of travelling the world, and no signs of slowing down, Gary Arndt shares what it's like to be a nomad. He's visited over 190 countries on seven continents and 350 UNESCO World Heritage sites. If you are interested in national parks, Gary has been to 75 of the 106 North American national parks. He has won many travel photography awards over the years. His most recent achievement was winning Travel Photographer of the Year awarded by the Society of American Travel Writers. Find out what he hates about travel, which destinations you should visit and more during my Interview with Gary Arndt.

What are some emerging destinations worth visiting and why?

Oman. It is Arabia but without the strictness of Saudi Arabia or the development of Dubai. It is very easy to get around and communicate.

Samoa. It is far away from everything but worth the trip. It gets few foreign tourists outside of New Zealand and other Pacific Islands.

You are a well-seasoned traveller which means you’ve probably spent your fair share of time in airports. Which is your favourite and which would you avoid at all costs?

My favourite airports are Singapore, Vancouver, and Minneapolis. All are very nice with great food and amenities.

Are your family and friends supportive of your career choice or do you feel that you are sometimes judged for taking the path less travelled?

Everyone has been very supportive. I have a long history of doing things differently, so it wasn't really shocking to anyone. I had started other businesses in the past, so starting a travel blog wasn't that big of a deal to them.

What tips do you have for an amateur photographer like myself? I own a Sony Alpha 6300, and I would make most professional photographers cringe with how I operate the camera.

I use a Sony a6000 as one of my bodies, so I certainly wouldn't worry about it too much. Practice shooting in aperture priority mode, and really try to be conscientious about the photos you take. Don't just stick the camera in front of your face and hit the button.

I hate flying. I really hate flying. It is a necessary evil, but I don't enjoy it. If better wifi were available, I'd choose to go from New York to London by ship. It would be a much more enjoyable experience, and you wouldn't have to deal with jet lag.

What is the most embarrassing thing that happened to you while travelling?

Once I went to the wrong airport and missed a flight. I was going from London to New York via TAP Portugal. I made sure to get a hotel near Heathrow so I'd have plenty of time in the morning, I checked out which terminal at Heathrow TAP flew out of, and when I showed up for my flight, I realized it was actually out of Gatwick. A very expensive error.

You’ve visited 350 world heritage sites around the world. Which three left you in complete awe? Which three were you less impressed with?

What is the best and worst travel advice you’ve ever received?

Best: Don't plan too much.
Worst: Buy a guidebook

I’ve sat next to some interesting people on airplanes; an ambassador and a rocket scientist, to name a couple. Who’s the most fascinating person you’ve shared a row with?

No clue. I never talk to the people next to me. I'm either sleeping, reading, eating, or working on a flight.

We always hear about travel scams and how we should be careful. Have you ever been the victim of a travel scam? If so, what happened?

Yes, but it wasn't that much money. Early in my travels, I fell for the "my meter is broken" taxi scam, and also the "come to my store" scam in Cairo. In both cases, I lost about $20.

I hope you enjoyed my Interview with Gary Arndt! Check out his blog, Everything Everywhere, for travel inspiration and beautiful pictures. Don’t forget to share it with the social media links below! Be the first to know what’s new and exciting on Travel Like A Chieff by subscribing to the newsletter in the big box below.  Don’t forget to follow me on Pinterest, Facebook, Twitter, & Instagram

This site uses Akismet to reduce spam. Learn how your comment data is processed. 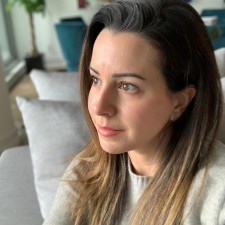 a luxury lifestyle and travel blogger based in Toronto, Canada.
I hope to inspire others through my travels and show them the most beautiful parts of this world, all while enjoying the finer things in life.
Travel Like a Chieff is a luxury lifestyle and travel blog with a focus on international travel, food, shopping and pure relaxation. Its mission is to discover the highest quality experiences, services and brands, share them with people all over the world and inspire them to do the same.
As Saint Augustine once said: “The world is a book, and those who do not travel read only one page.” Life is too short to wait for later, don’t miss out by not taking the time to read all the pages of this wonderful book we call the world.
Join me while I share my adventures and hopefully inspire you along the way! Manage your FoMO by signing up to Travel Like A Chieff's newsletter! I promise not to flood your inbox with emails.